skip to main | skip to sidebar
Home » Internasional , SLIDER » Badie: "We will not leave the streets until president Morsi is reinstated"

Badie: "We will not leave the streets until president Morsi is reinstated" 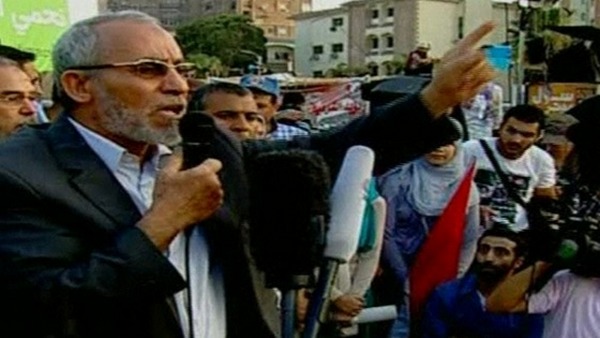 Badie: This crowd [at Rabaa El-Adaweya Square] reflects all of Egypt with its different factions.

Badie: God is greater than all those who sold out the blood of [revolution's] martyrs. God is our witness.

Badie: I did not escape arrest warrant. Such accusations are mere lies. We are not cowards, we are revolutionaries.

Badie: I take pride in my president Morsi, who is your president and president of all Egyptians.

Badie: We will not leave the streets until president Morsi is reinstated.

Badie: We will bring back the rights of the Egyptian people who were wronged by this disgraceful conspiracy

Badie: We will bring him [Morsi] back bearing him on our shoulders, sacrifice our souls for him.

Badie: Our great Egyptian army, you protect us against our enemy, do not aim your bullets against us, you are more honorable than that.

Badie: Here is the [SCAF] re-entering politics after [SCAF leader] Gen.Assar assured it will never do again.

Badie: Military council urged us [Brotherhood] to take over burden of politics so they can focus on protecting borders.

Badie: Egypt people, you are at a crucial moment in your revolution, which is being tarnished by this military coup.

Badie: I say to Al-Azhar's Grand Imam [Ahmed El-Tayeb] you are a symbol but you are no longer entitled to speak in name of Muslims.

Badie: Our dear army, do not take sides with one faction against another. [People] will not accept an alternative to Morsi.

Badie: The [approved] constitution referendum was another successful vote on the popular acceptance of president #Morsi

Badie: Pope Tawadros, you also are symbol but you can no longer speak in name of Copts. They have right to speak for themselves through voting.

Badie: Our dear Egypt army soldiers, Morsi is your supreme commander.You are accountable to him by virtue of your patriotic duty.

Badie: I call on Egyptian people, let us take to the streets, demand the return of our president Morsi.

Badie ends speech with chant: "Revolutionaries! we will continue our path!" and leaves podium. 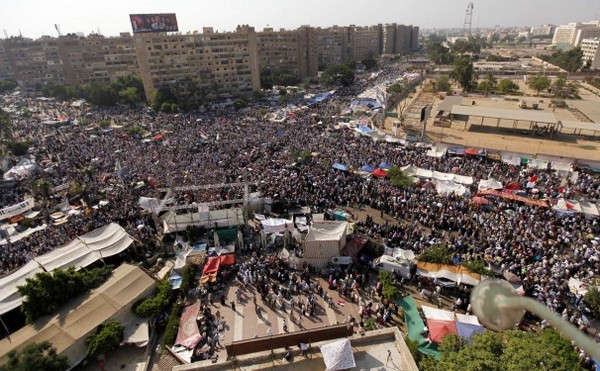